Jaipur, June 04. To increase the pace of developmental reforms in Rajasthan State, Consumer Unity & Trust Society (CUTS) initiated ‘Vidhayak Samvaad’ to keep the significance of issues affecting the public. Under the banner of the ‘Vidhayak Samvaad’, a meeting of the ‘All-Party Committee’ consisted of the legislators was organised under the chairmanship of Smt Sumitra Singh, in State Assembly premises. In the meeting, discussions were held on water, electricity and other infrastructure development issues and it was unanimously decided to move suggestions/solutions to the government for necessary reforms. Shri Rao Rajendra Singh, MLA is the Convener of the ‘All-Party Committee’. 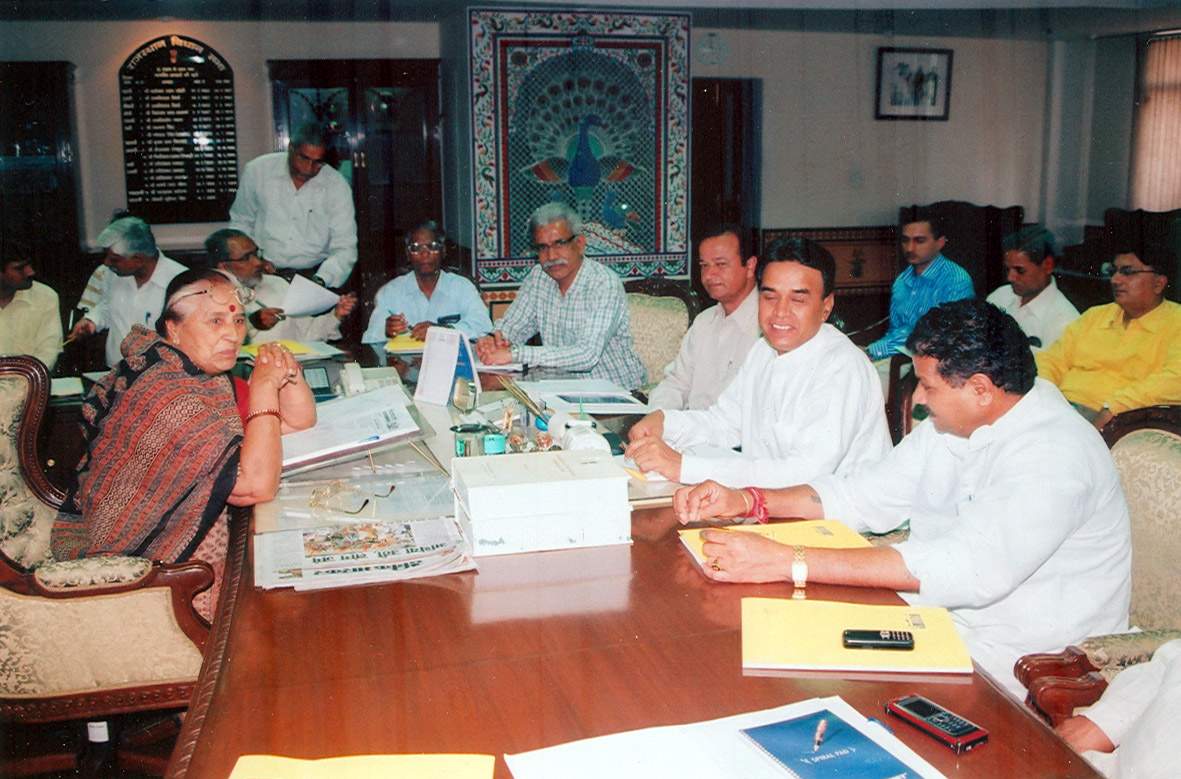 In the opening session of the meeting, R K Sharma, CUTS Programme Coordinator & Deputy Head, while welcoming honourable chairman and MLAs, presented brief information about the progress achieved so far from the meetings held earlier. Shri Rao Rajendra Singh, providing information about the implementation of the views and recommendations of the MLAs, which emerged out from earlier meetings, said that there is an urgent need for intensive discussion on the proposed State water policy as water and electricity both are linked with environment. Hence it is necessary to include environment in the discussion. MLAs who were presented in the meeting stressed on the need for the formation of pervasive water policy and State-level Water Regulatory Commission in this regard.

Committee Member MLA Shri Devi Singh Bhati and Shri Surendra Goyal while examining the water arrangement of rural areas and geographical regions suggested that region-wise water-related planning should be made keeping in mind the local resources.

Chairman of Legislative Assembly Sumitra Singh opined that considering the population, States should implement water-related planning with greater pace. Citing the example of Israel, she said that condition of groundwater in that smaller Country was pathetic as compared to Rajasthan, but the recycling of water was completely entirely scientific there. She further stated that the importance of water conservation policies is still the same as it used to be, but for this, direct participation of non-governmental organisations should be encouraged.

Committee Member MLAs unanimously recommended that Government should take vital steps/measures towards the implementation of the Supreme Court verdicts in order to bring an end to the transgression on the water catchments.

Also, MLAs were of the unanimous opinion that important posts should not be left vacant in the Regulatory Commissions otherwise they would not be able to play their essential roles towards development and growth. Other recommendations, on which there was an unanimous opinion was to fix the electricity rates on the basis of their availability and usage on the similar lines of water; and immediate formation of research and development organisations in the State for the development of alternative sources of energy.

MLAs suggested that in order to make the citizens aware/sensitive of the alterative sources of energy, the Government should come forward by placing the ‘Solar Energy Models’ in governmental organisations as a model.