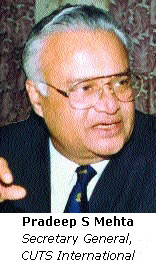 It would stop subsidising the rich

A move by the oil marketing companies (OMCs) to limit sales of fuel to superior branded varieties in metro cities is a welcome measure; the benefits such as release of resources for more productive and progressive uses and positive environmental implications would far outweigh any niggling losses.

It is important to realise that a large proportion of the subsidies for fuel consumption go to the rich. This is not only inequality enhancing; it is also unnecessary as the income levels of these sections of the population are high enough to make petrol consumption not overly sensitive to changes in prices. The release of public resources through the reduction in the subsidy burden produced by this measure can be used in more productive or development-oriented projects.

The proposal for branded sale in large cities very intelligently targets the subsidy burden imposed by the rich who are concentrated mainly in metro cities; the pinch felt by the ‘not so affluent’ people using two-wheelers would be minimal, given the superior fuel efficiency of their vehicles; the poor with their reliance on public transport or bicycles would not be affected at all. Thus, this proposal is a means to increase revenue per unit sale of fuel through a process of geographical price discrimination that has a minimal impact on fuel demand. To reiterate, such geographical price discrimination is quite discerning in its impact; it affects the haves and the have-nots differently and justly.

There are some important secondary environmental benefits in a metro: superior fuel brands lead to lower pollution besides a salutary impact on the longevity of automobile engines; congestion in cities might be relieved to some extent as the average increase in prices of fuel might force people to cut down on unnecessary trips and use the emerging innovations in public transport such as metro-rail, circular rail and rapid transit bus systems more intensively.

To encapsulate the arguments, these measures will usher in a fuel price structure with a more targeted orientation to the country’s economic, developmental as well as environmental needs. It is a meaty intervention which also significantly and paradoxically reduces the flab in the system. 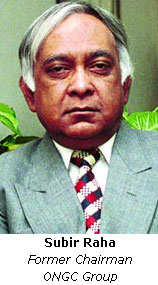 It smacks of black-market premium

Pre-reform, black-market premium was a fact of life in India for most things from cement to baby food. The sarkar mai-baap mind-set of politicians and bureaucrats created and sustained shortages, and then created new bureaucracies for ‘controlling’ the black-market. The reported decision of the public sector oil marketing companies to withdraw standard automotive fuels from major markets, obviously taken with appropriate ‘blessings’, smacks of the same mind-set. The customer (or the investor) just does not count.

Thanks to the directions of the Supreme Court, the standard (‘regular’) auto-fuels sold in the metropolitan markets conform to Euro-III standards, to be shortly upgraded to Euro IV. Therefore, the regular fuels already provide engine performance and emission characteristics at par with Europe and America. The so-called ‘premium’ fuels are nothing but blends of regular fuels with some additives which cannot be defined as essential by any stretch of imagination. The ‘premium’ concept was initiated as an option to get around the administered pricing of auto-fuels. An option cannot be converted into a compulsion just because administered pricing continues to prevail.

A customer can certainly be given a choice to pay a premium proportionate to the incremental value, perceived or otherwise. What is the correlation between the cost of the additives and the ‘premium’? The auto-fuel customers, especially for petrol, are already being fleeced by the central government, the state governments and even by municipalities and panchayats with levies that exceed the price set under the administered price regime.

In fact, the real cost is only about one-third of the final retail price. As international prices for crude and products go up, the Centre rakes in huge adventitious (and undeclared) revenues from the ad valorem levies. The reported decision to withdraw standard auto-fuels means that the public sector marketers will now engage in some more fleecing of the customer.

A pre-reform dogma persists: petrol is a ‘rich man’s fuel’. The rich do not ride scooters or auto-rickshaws or low-end cars of Maruti 800 class. Euro III is good enough for the high-end cars, and logically, is already a premium fuel for the vehicles used by the common man