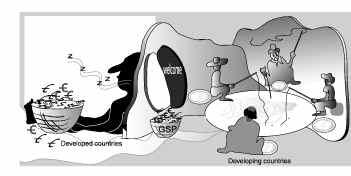 EVER since the World Trade Organisation came into being in 1995, the United Nations Conference on Trade and Development (UNCTAD) has been under attack from the rich countries for doing excellent work for the developing countries in the international trading system.

First, let us take a look at UNCTAD’s history. Often people have wondered as to why it is called a “conference”. An anomaly, which no one has corrected till now. It is not just a conference but also an UN body like many others, such as the UN Environment Programme. It is a derivative of the first conference which was held in 1962 in Geneva.

At that meeting nearly 4,000 official delegates from 119 countries, along with representatives of numerous international organisations had participated with a view to look at the linkages of trade and development. It was, perhaps, the largest international event ever held on any subject. In the 1990s, many more international meets did take place with a larger audience.

UNCTAD, more than a `conference’

However, the first conference decided to make it into a permanent forum with a review meeting to be held after every three years. But one does not know as to why a proper name was not adopted. UNCTAD has become a standing body, and more than a “conference”. While it continues to do good work — of providing policy analyses and capacity building to developing countries, it has become an unwieldy bureaucracy. As a result, some have even interpreted it as “Under No Circumstances Take Any Decisions”.

Humour apart, in the run up to the UNCTAD XI (June 13 to 18) there was quite a tussle between the North and the South about the Declaration. The US and the EU felt that UNCTAD should focus on capacity building, rather than on policy analysis. However, the South felt differently. And the Sao Paulo Consensus that emerged carried both the issues as UNCTAD’s agenda. But refrain was sounded at the Sao Paulo meeting.

The British Minister for Trade and Investment, Mr Mike O’ Brien, clearly hinted that UNCTAD is not an alternative negotiating forum. He said, “UNCTAD should avoid doing what other (WTO) institutions are doing. We need institutions focussed firmly on their core mandate”. Further, he reiterated that UNCTAD is not a negotiating forum and should focus on technical assistance, capacity building, policy consulting and provide scope for thoughtful discussion

Even at earlier meetings, refrain had been sounded. At the Xth meeting at Midrand, South Africa, Mr Harriet Babbitt, a Deputy Administrator at USAID said: “An operational role for UNCTAD in trade negotiations would involve a confusion of institutional roles and a diversion of limited resources to activities for which UNCTAD is not the best suited organisation.”

The rich countries have not only tried to curb Unctad’s role in the international trade arena, but over time have continued to show their increasing indifference. One can see that from their participation at the meetings. While most developing countries send their Cabinet-level ministers to UNCTAD meets, participation of ministers of equal rank from OECD countries has been declining. During the three earlier UNCTAD meetings in 1992, 1996 and 2000 only 12 of the 28 rich countries sent Cabinet ministers. In 2004, the figure dropped to half, that is, only six Cabinet level ministers attended.

Why does the South want a stronger UNCTAD? A good answer is available in what a senior government of India official said at the IX Session of UNCTAD: “If there are new issues, they should be subject to very careful examination and analytical work in UNCTAD on all the implications, and the balances of advantages and disadvantages analysed and disseminated to the people interested in it. There should be a complete embargo on new issues in the WTO agenda unless it has been subject to very careful examination in UNCTAD”. As usual this reflects the North-South conflict of interest in directing the future work of UNCTAD. The North’s attitude towards UNCTAD has evolved due to several reasons.

One, for example, UNCTAD has always been critical of IMF and World Bank policies. In the last few years when both the Bretton Woods twins are trying to be more legitimate UNCTAD issued a report in late 2002 criticising their new approaches to reduce poverty in Africa. Mr Rubens Ricupero, Secretary-General, UNCTAD, also has been quite critical of the role of developed countries in pushing their agenda in the WTO rounds. In 2001, Mr Ricupero criticised the tariff structure of developed countries and their lip service to the Doha Development Agenda. He said: “The average tariffs that were effectively applied by the US, taking into account all imports, was 1.5 per cent. But the average tariff on goods from Bangladesh was above 12 per cent, while that on goods from France was less than 1.1 per cent. Why is that so? The average hides the fact that there are tariff peaks concentrated on exports, such as those exported by Bangladesh, such as garments. Tariffs are not the most important component of protectionist policies.”

After the WTO Ministerial Conference in Doha, Mr Ricupero noted: “I myself have refrained from using the description of development round, because I do not see in any sense that it will be conducive to this result — the first condition, of course, is that unequal countries should be treated unequally. The weakest and most vulnerable must receive special and more favourable conditions.”

The UNCTAD Research Reports also have often criticised the blatant exaggerations of the merits of liberalisation, freer trade and deregulated capital markets, all of which the West swears by a la the Washington Consensus Hence, most developed countries have identified UNCTAD as being an organisation, which primarily caters to needs of the South, and one that is far from providing a balanced platform for both the North and the South.

Agreement on Generalised System of Preferences

But the role played by UNCTAD in pushing for a more democratic international trading system cannot be undermined.

The agreement on Generalised System of Preferences (GSP) introduced in 1971 was negotiated under UNCTAD and not GATT. This agreement helped developing countries’ exports to an extent of $70 billion to receive preferential treatment in most developed markets every year.

Besides the GSP, UNCTAD was also responsible for the successful negotiations on the Global System of Trade Preferences in 1989, a scheme of preferential tariffs among developing countries only.

In 1980, UNCTAD successfully pushed for the adoption of the Set of Multilaterally Agreed Principles for the Control of Restrictive Business Practices.

One of the most important contributions of UNCTAD is in the field of negotiating International Commodity Agreements, including those for cocoa, sugar, natural rubber, jute and jute products, tropical timber, tin, olive oil and wheat; and the negotiation of the Common Fund for Commodities (1989), set up to provide financial backing for the operation of international stocks and for research and development projects in the field of commodities.

Today the North is talking of reducing Unctad’s scope to a mere capacity building institution. UNCTAD is probably the only international organisation that is pushing for equity and space for a fair trading system.

However democratic the WTO may seem, it is always the pressures behind the scene that influence the outcomes. This is exactly where UNCTAD comes into picture; trying to make the world a better place to live in!