All of us at CUTS Hanoi Resource Centre are wishing you a Happy New Year 2014! May the New Year bring you good health, happiness and success in all your future endeavours!

We are happy to share with you that the year 2013 has been a success for us given our continuous efforts to strengthen existing programmatic areas and expand into new ones have been paid off. While our research into competition distortions and consumer protection issues in Vietnam and dissemination of the findings fostered a general understanding about these issues, we kept providing a wide range of stakeholders access to data and information on unfair trade practices. In addition to that, we helped to build national and regional knowledge on international standard setting processes and climate change issues. The work can be best demonstrated by our top 5 achievements in 2013 that we would like to share with you now! We trust that your fruitful collaboration and partnership would be of great help to ensure our continued success in 2014! 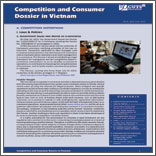 We raise public awareness in Vietnam

ur Vietnam Competition and Consumer Protection Dossier, produced on a quarterly basis, is aimed at raising awareness and giving insights about different aspects of competition and consumer protection issues which now captures increasing attention from the public nation-wide.

A Column on Standards & Quality is now included every quarter to update news on standard and quality related issues not only in Vietnam, but also in the regional and international context. The Column aims at communicating with the audience about standardization and quality assurance initiatives around the globe that are happening with or without their participation.

These publications have been distributed to a database which comprises more than 500 relevant stakeholders, experts, donor agencies, and partners working in various programmatic areas. We have received good feedbacks from the audience, demonstrated by favourable comments and an increasing number of new subscribers. Following the success, in the future, all publications from CUTS Hanoi Resource Centre would be circulated amongst this database, as well as important new items to be shared. 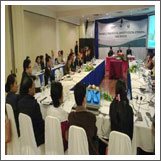 We promote trade through participating in a globally-relevant standardization process

As a partner organisation specifically for the Southeast Asia region in the Sida-supported “Trade Promotion through Standardization in the South and Southeast Asia (SESA) regions” programme, CUTS Hanoi Resource Centre helped to link the main themes of the programme, which are standards and standardization, to the broader policy levels of trade promotion, consumer protection, regional integration and sustainable development, by engaging stakeholders – which are our core competencies.

In addition to representing in various workshops, seminars and conferences organized nationally and internationally, we successfully organized an august meeting during 17-18 December 2013 in Vientiane, Lao PDR which gathered representatives from various national standard bodies, ministries of industry and commerce, chambers of industry and commerce as well as several export-oriented enterprises from Laos, Thailand, Indonesia, Myanmar, Cambodia, Singapore and Vietnam to share and exchange their view on the significance of standards and the standardization process as well as impacts on regional integration and trade promotion, and also to collect feedbacks on national, sub-regional, regional and international institutions for more inclusive and effective standardization process at all levels. 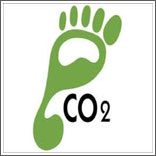 We care about climate change

Climate change is increasingly recognized as a global crisis which affects every country, people in different locations, social classes, genders and ages. Being aware of the cause and effects of climate change, we would like to contribute our small actions in order to help addressing this problem.

We developed a simple guidebook on Carbon Footprint of Products (CFP) based on a new ISO Technical Specification entitled “Greenhouse gases – Carbon footprint of products – Requirements and guidelines for quantification and communication” (ISO/TS 14067:2013) with a view to helping relevant stakeholders in Vietnam to get an initial understanding about CFP and be able to support the replication of such a process in Vietnam. The reasoning is simple: To effectively reduce greenhouse gas emissions, one must first identify their sources, and the carbon footprint concept highlights the contribution of individual products to the greenhouse effect. 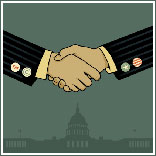 Let us talk about the Trans-Pacific Partnership (TPP) Agreement

The TPP Agreement, which is currently being negotiated by Australia, Brunei, Chile, Canada, Japan, Malaysia, Mexico, New Zealand, Peru, Singapore, the United States, and Vietnam, is well known for being the most extensive so far (i.e. going beyond ‘conventional’ trade issues to include behind-the-border trade-related matters) yet most secretive and least transparent trade negotiations in history. It is also reportedly facing huge protests from civil society around the world for having several anti-development, anti-consumer, anti-developing countries provisions on investment, intellectual property rights, etc.

CUTS Hanoi Resource Centre produced two papers related to this mega trade deal, one on its yet-to-be-disclosed chapter on competition policy and the implications on consumers, and the other about its principle of competitive neutrality and how that would affect State-owned Enterprises (SOEs) in developing-economy parties to the negotiations. Yet although, we maintained our neutral, non-partisan and objective ground. 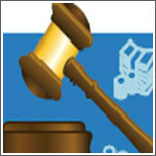 Within the framework of our IDRC-supported project entitled “Study on Unfair Trade Practices in ASEAN”, we developed and maintained a Project Webpage at http://utp.cuts-hrc.org as a hub of electronic data and information on UTPs in ASEAN member countries with free access for all users. All the project outputs, including research reports, policy briefs, news items, presentations made during project events are freely available on this web-page till date.

Besides, an e-Discussion Forum facilitated by us has continuously helped to foster networking of relevant stakeholders, researchers, and activists involved during the field research process, or those working on the issues in general.

The ultimate objective is to generate and promote substantive discussions/dialogues in the ASEAN and beyond on the relevant issues, which is expected to lead and contribute to the improvement of the relevant legal and institutional frameworks in ASEAN countries that seek to sustain a fair business environment therein and ensure equitable market outcomes in the long run. In 2014 and further, we would deepen our works in this area by looking more specifically at issues that affect Micro-, Small- and Medium-sized Enterprises (MSMEs) to help them get a fair and better deal in the marketplace against the big guys.